Connecting communities across the Galilee and the Haifa metropolitan area

about the project
about the company

TransIsrael company is responsible for the Light Rail project between Haifa and Nazareth - a national mega-project that will serve the northern population and connect communities across the Galilee and Haifa metropolitan area.
‍
This unique project, being a first of its kind in Israel, combines urban and inter-urban public transportation.
‍
The Light Rail route will be a total length of 41 km and include 20 stations, connecting “Merkazit HaMifratz” station in Haifa to Nazareth. 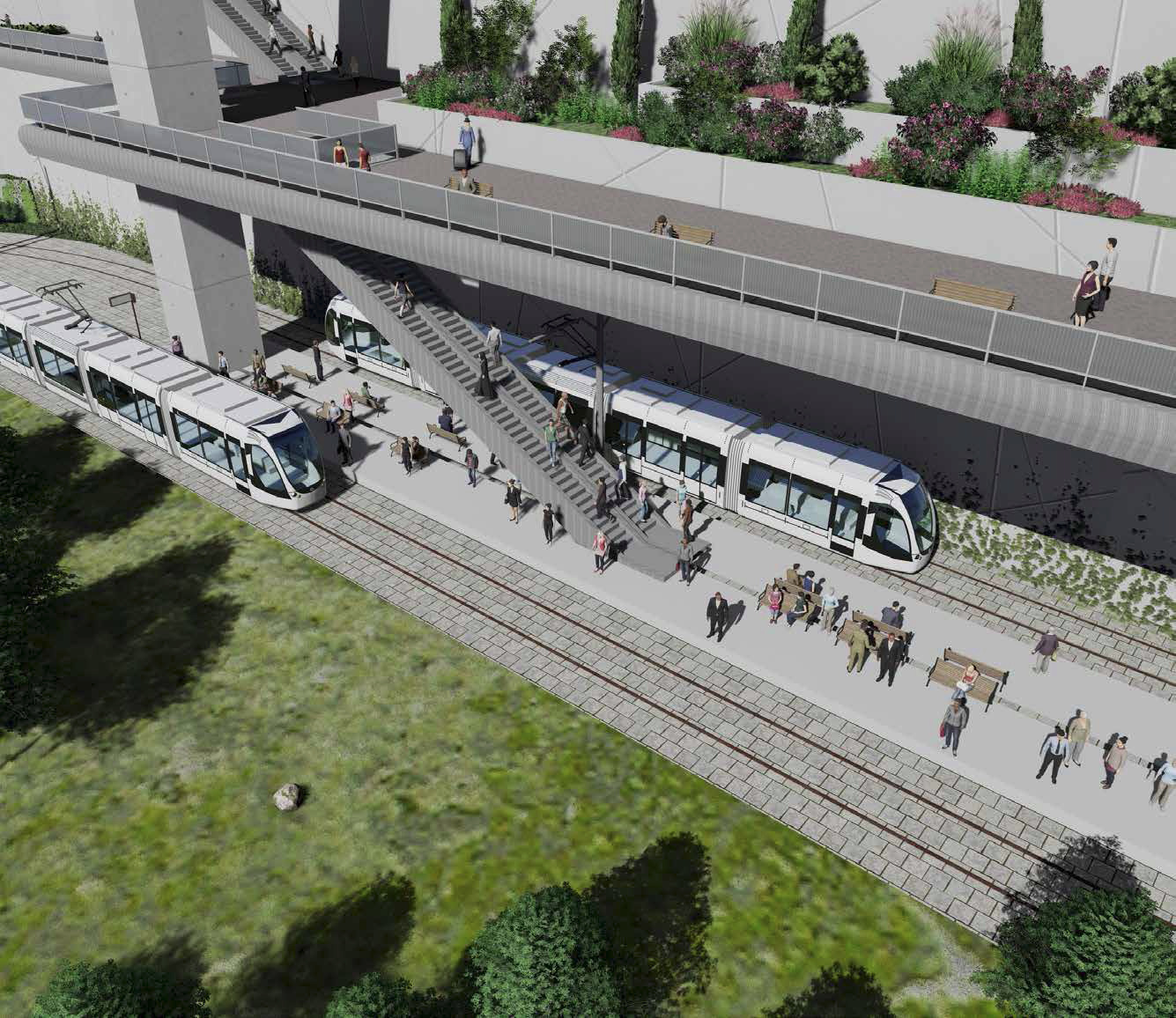 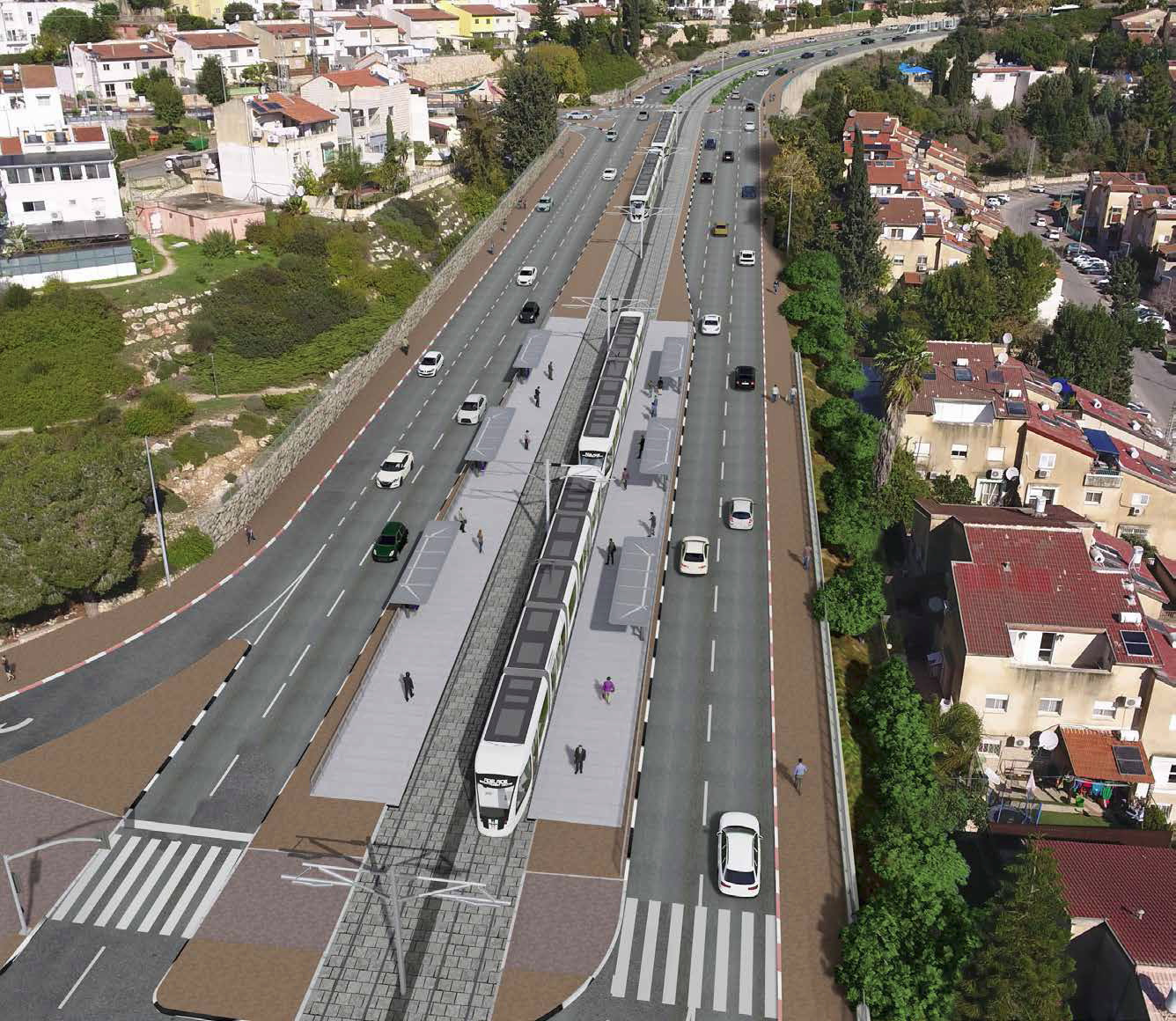 A Route of Growth: Haifa to Nazareth

The route will start at the Merkazit HaMifratz station in Haifa, the largest transportation hub in Israel with a wide array of transportation options: trains, city and intercity buses, BRT vehicles, cable cars to Haifa University and the Technion.
From there the line will go through the main business route in Kiryat Ata, around which new neighborhoods and a commercial center are planned.
Then the line will pass by the towns of Shfar’am, Bir El-Maksur, Mashhad, Reineh, and Nof HaGalil, one of the main cities in Northern Israel, which is an industry, services, trade and government hub for the area.
The final stop of the line is Nazareth, the largest Arab city in Israel, a key regional center, and a popular tourist destination for Christians from around the world. Infra 2 stage is a public-private partnership to fund, plan, build, operate and maintain the light rail line, which includes the construction of electrification, signaling and command and control systems, as well as the purchase of rail vehicles. 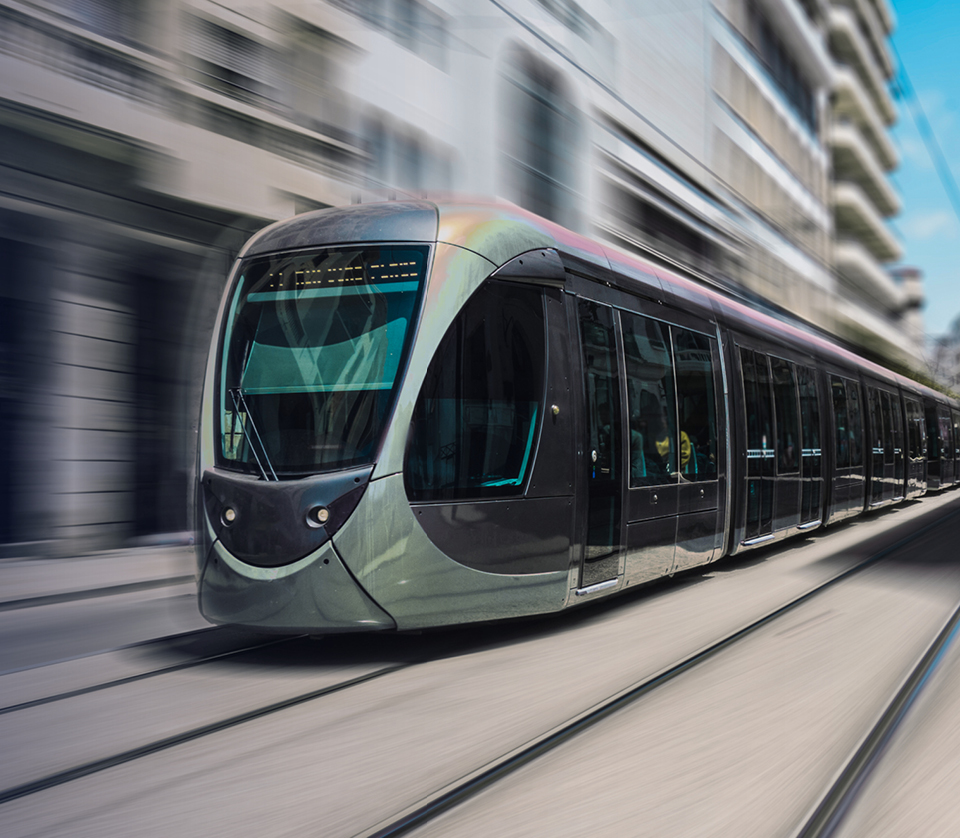 The TransIsrael Company is government owned corporation functioning as a project management agency of the Ministry of Transport and Road Safety.
TransIsrael manages complex transportation Public Private Partnership (PPP) franchise projects.
The company has supervised and managed the construction of Israel’s first toll road (Highway 6).
Currently TransIsrael is involved in planning and managing the extension of Highway 6 to the north and the south, doubling the Tel Aviv fast lane parking lot, constructing and upgrading roads, interchanges, railways and more. 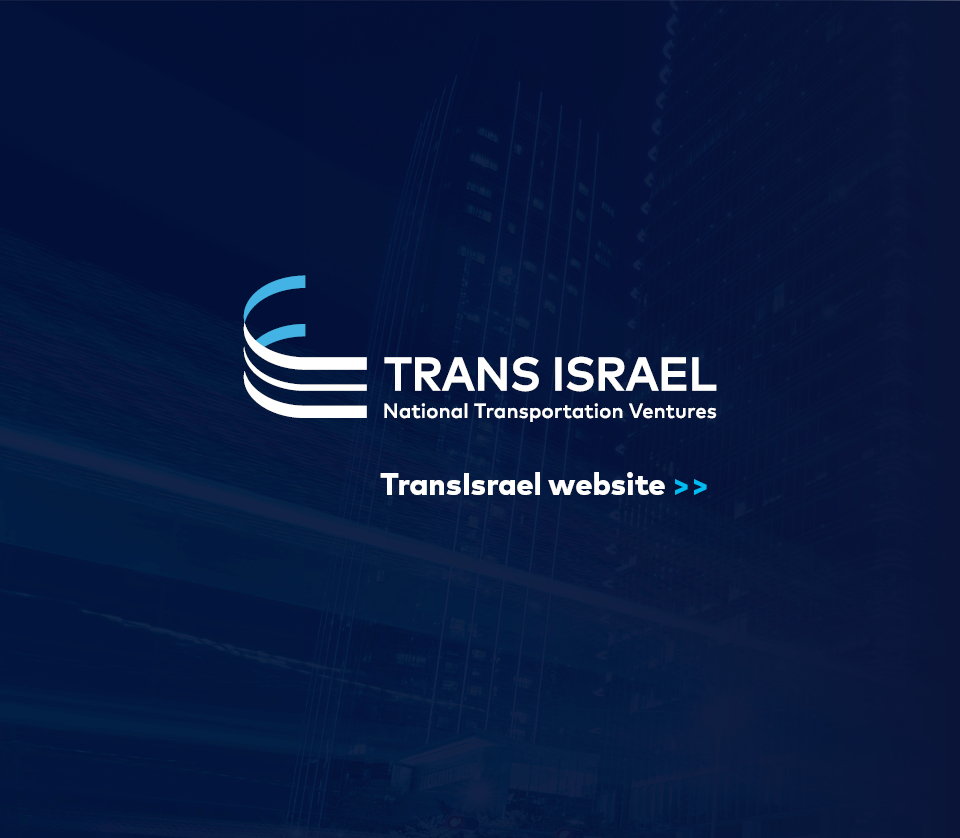 Haifa is northern Israel’s preeminent hub for transportation, industry, education and culture. It is also one of Israel’s three port cities and thus a center of maritime trade.
Haifa is the largest transportation hub in Israel with a wide array of transportation options: trains, city and intercity buses, BRT vehicles and cable cars to Haifa University and the Technion – Israeli Institute of Technology. 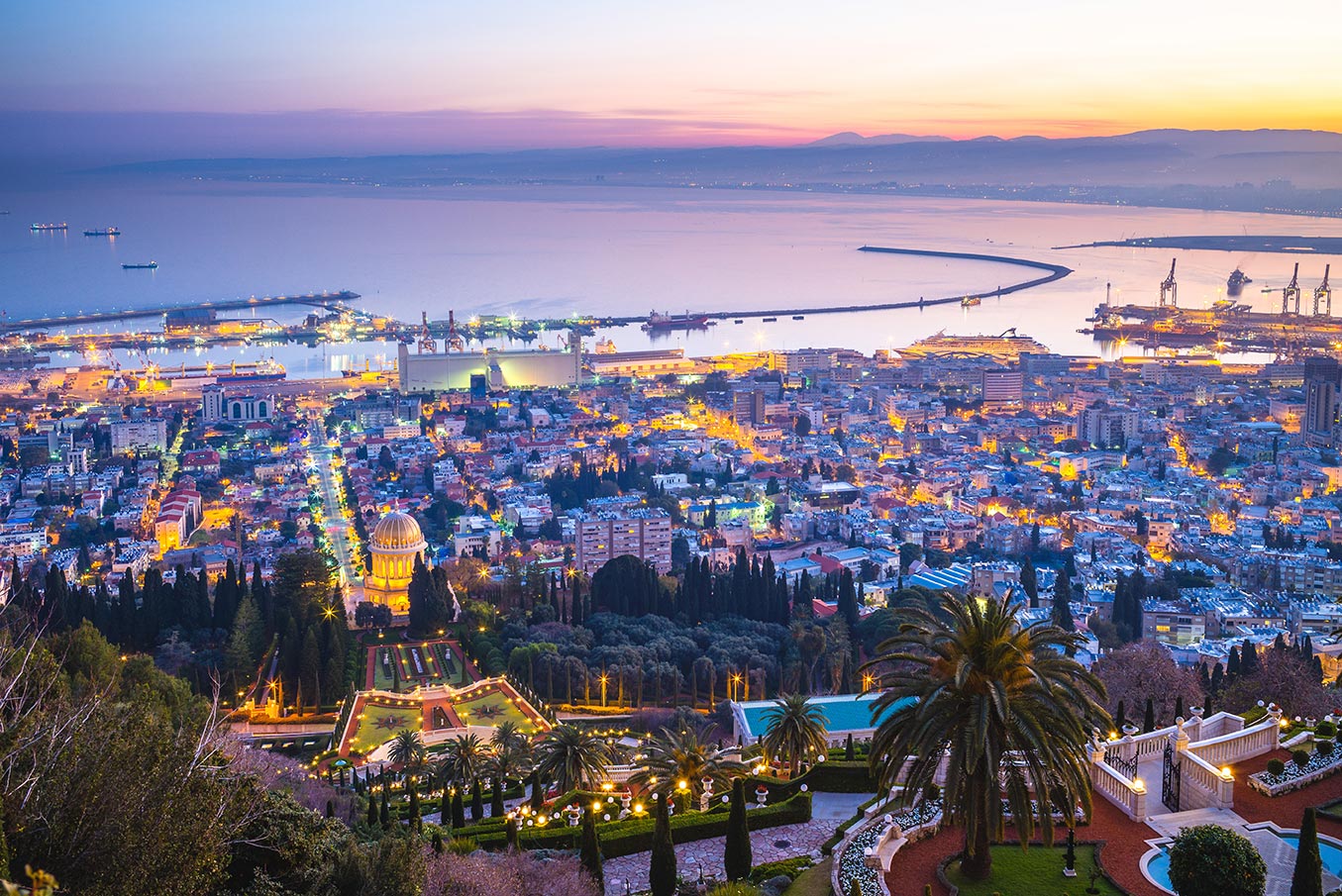 The gardens of the Baháʼí faith that surround the Shrine of the Báb on Mount Carmel in Haifa are a landscaping marvel. They are a UNESCO world heritage site and are one of the most popular tourist attractions in Israel. They offer panoramic views of Haifa, the Galilee Hills and the Mediterranean. 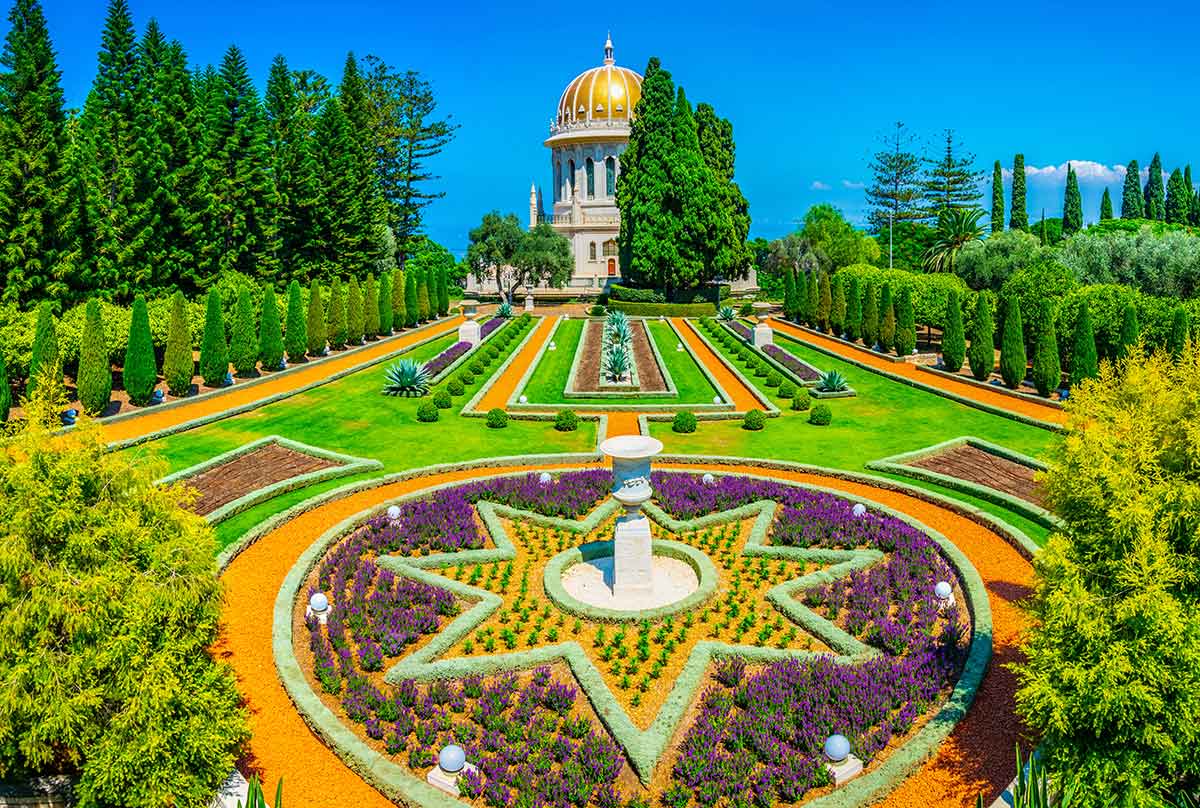 According to the story, the people of Nazareth, who did not accept Jesus as the Messiah, tried to push him from the mountain, but he passed through the midst of them and went away. 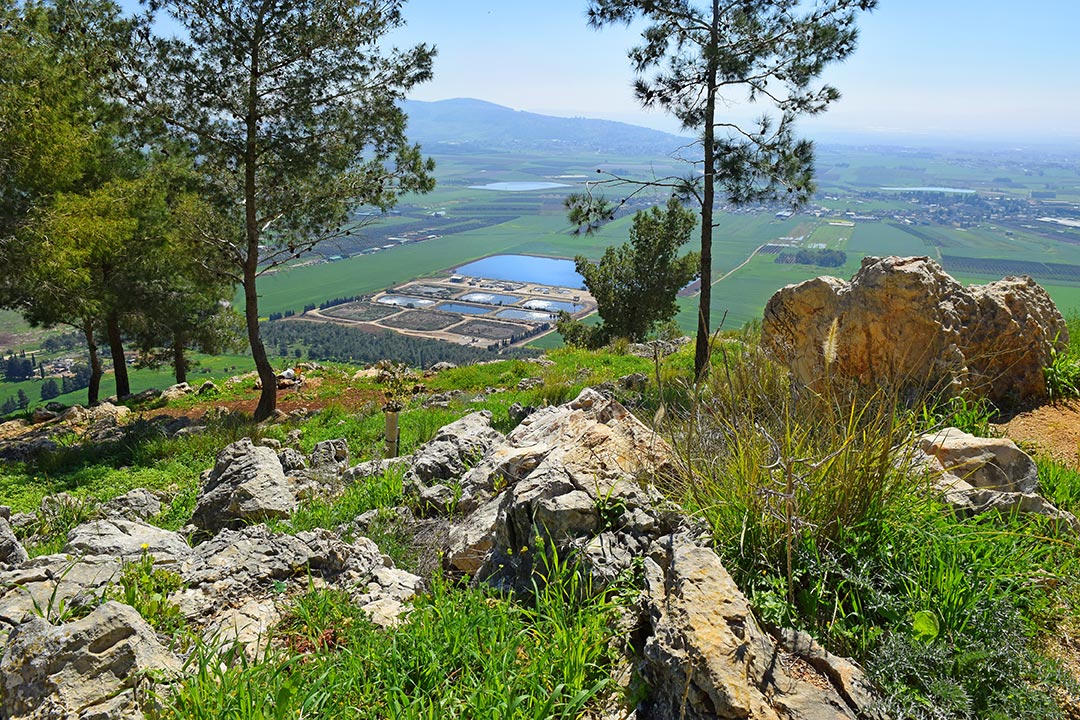 The Church of the Annunciation

The Church of the Annunciation is a Latin Catholic Church in Nazareth which was established on the site where the Catholic tradition holds that the house of The Virgin Mary stood. It is believed that it is there that the angel Gabriel appeared to her and announced that she would conceive and bear the Son of God, Jesus -  an event known as the Annunciation. 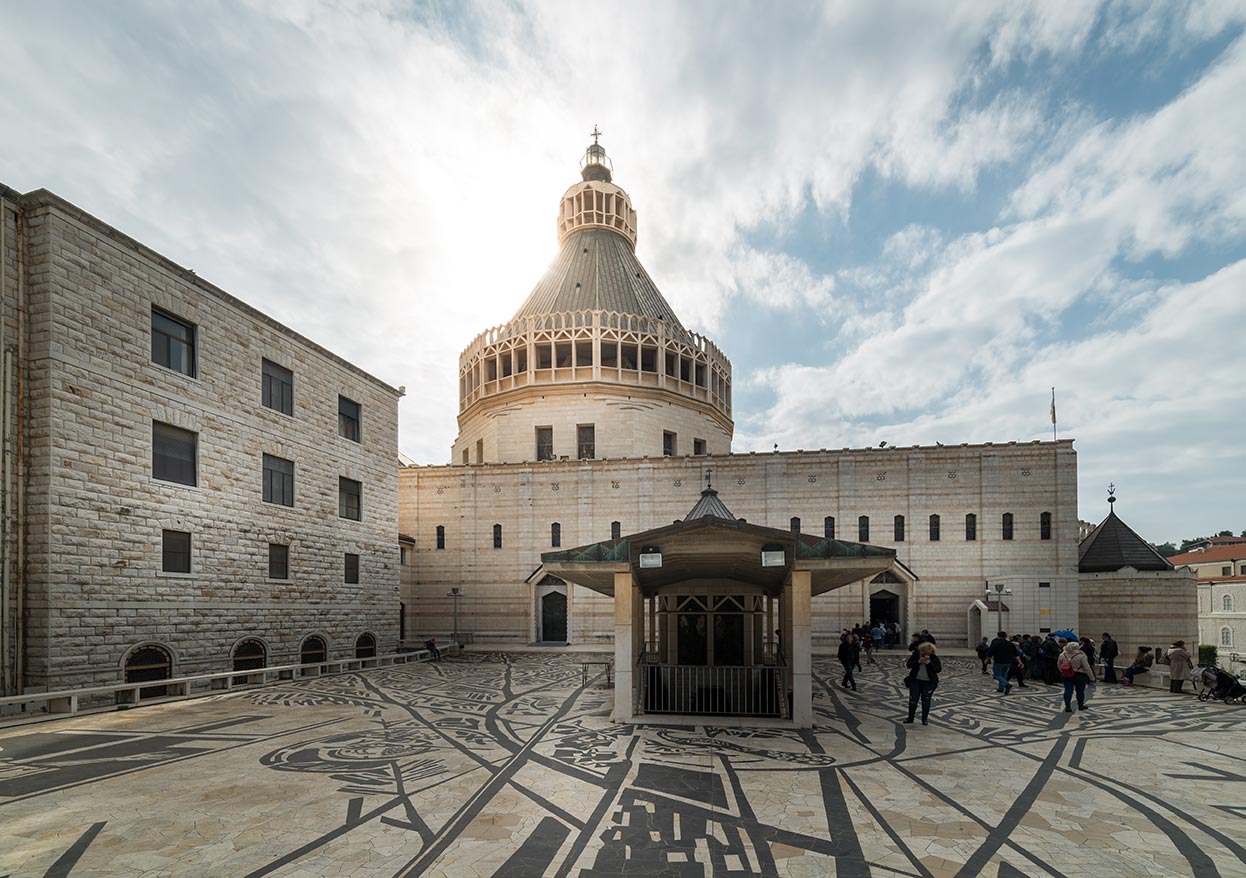